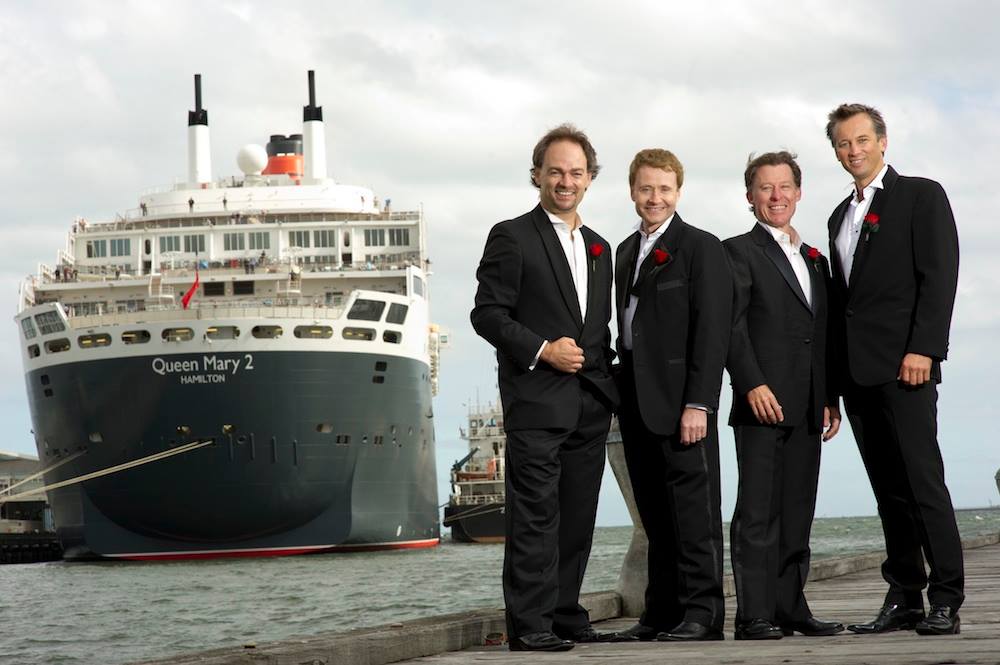 After a wonderful trip and rave reviews in 2013, the dashing gents of The Leading Men were invited back to perform a return season on Cunard’s magnificent Queen Mary 2. Starring Darryl Lovegrove, Ian Stenlake, Wayne Scott Kermond and Derek Metzger, the gents headed off on a week-long tour aboard the cruise ship in February and March, 2014. 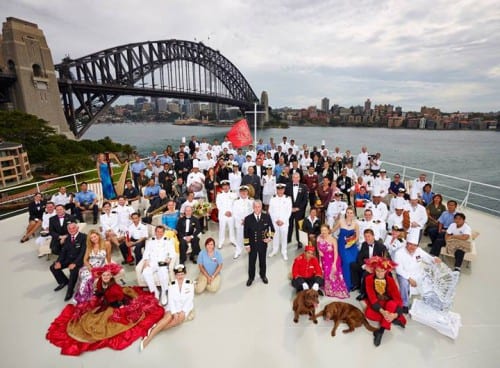 The Queen Mary 2 is Cunard’s flagship and the most magnificent ocean liner ever built and this year marks the 10th Birthday Celebrations. This historic photo on the bow, taken by internationally-acclaimed photographer James Morgan, shows more than 120 crew representing the ship’s myriad staff roles including the kennel master, gentleman dance host and harpist.

The Leading Men were honoured to perform on board for the second time in 2014, and they look forward to (hopefully) being there again in 2015!