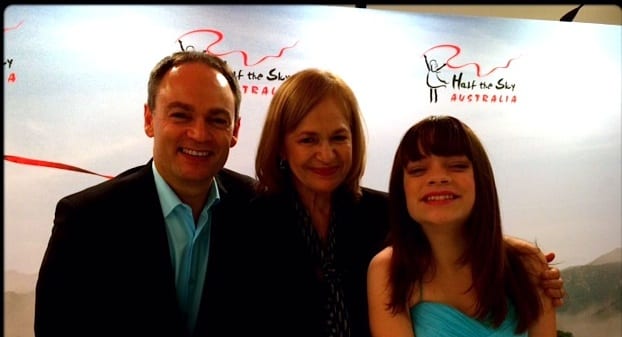 K-Mart CEO Guy Russo and his wife, Deanne Bevan, head the Australian branch of the phenomenal Half the Sky Foundation which is heavily involved in providing support and resources for numerous Chinese orphanages. Guy and Deanne had previously hired THE LEADING MEN for a fundraiser in Hong Kong but this time asked the 2012 Australian Event Award ‘Entertainer of the Year’ to perform at the Sydney launch in Sydney’s CBD. Darryl and his daughter, Harmony, are of course a fund raising event favourite but they thought this was one of the most worthwhile and moving events they’d ever performed at. (pictured with founder Jenny Bowen). Visit Darryl & Harmony here
“That was extraordinary. The whole crowd were moved to tears”.
Guy Russo, K-Mart CEO and Half the Sky Australia